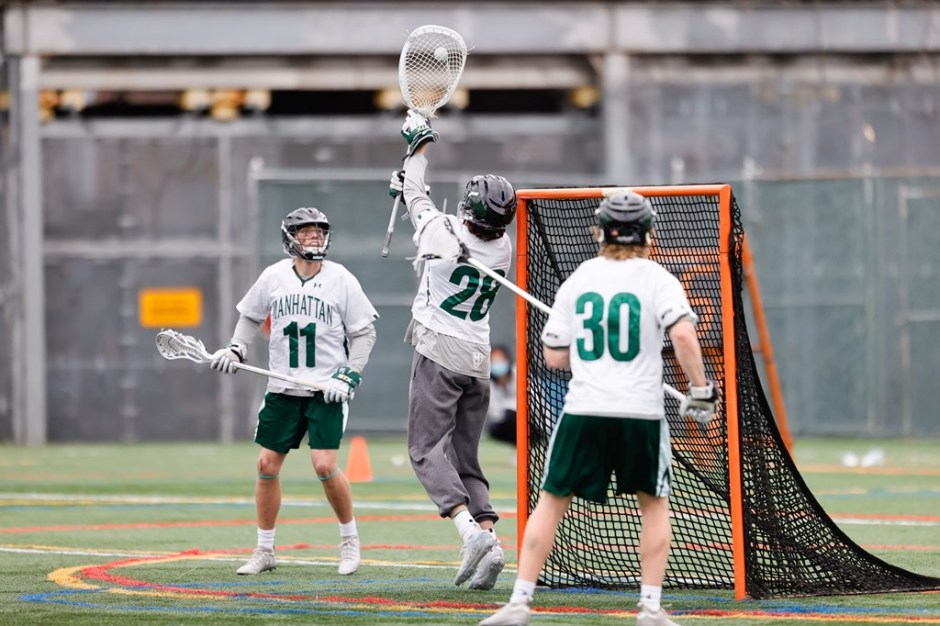 The Monmouth Hawks have earned themselves a trip to the MAAC title game for the first time since winning it all in 2017 after defeating St. Bonaventure 12-5 on Wednesday afternoon.

The Hawks trailed 4-3 heading into the second quarter before scoring four unanswered in the second quarter and holding the Bonnies scoreless. Monmouth extended their run to five goals early in the third before Jake Rosa scored St. Bonaventure’s lone second half goal.

Monmouth ended the game on a four-goal run to secure the victory and keep their season alive.

Matt Soutar continued hIs impressive season, going 17-for-21 (80%) at the dot and scooping up nine ground balls to help provide the Hawks a sizable possession advantage. Noah Lode anchored the Monmouth defense with nine saves and Dillon Smart had three caused turnovers and five ground balls.

Connor Macrae led the Monmouth offense with a hat trick and an assist for four points. Zach Clemente had two goals and two assist, as well.

Jake Rosa and Sean Westley each had two goals and an assists to lead St. Bonaventure. Brett Dobson made

12 saves in cage for the Bonnies.

Manhattan is heading to their first MAAC title game since 2009 after riding a 12-save performance from Brendan Krebs to a 10-5 victory over the Canisius Golden Griffins.

In addition to Krebs’ dominance in cage, Luke Pacher and CJ Scharf each caused three turnovers and scooped up two ground balls in the contest. Kyle Gucwa had a hat trick and an assist to lead the Jaspers’ offense.

Canisius had five different goals scorers and Matt Vavonese made 14 saves in cage.

The Jaspers came out firing with three straight before Keegan Kozack got the Griffins on the board late in the first. Manhattan added three more in the second quarter to take a 6-3 halftime lead before blanking Canisius in the third quarter to really turn the tide and go into the fourth up 8-3 before holding on for the victory in the final period.