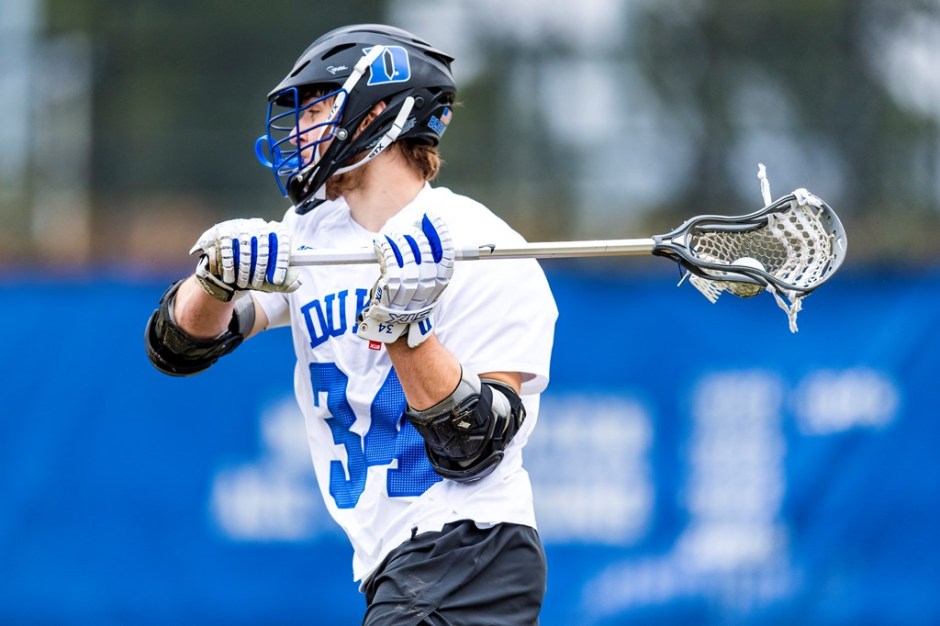 The 2021 season was a season in which grad transfers and fifth-year players seemed to dominate the landscape. However, as usual, there were freshmen at every position that broke through and shined during their first season of college lacrosse.

Over the next week or so, Lacrosse Bucket will be highlighting some of the freshmen who made shined during the 2021 season. Here is a look at some of the top freshmen at the attack position.

Brennan O’Neill, Attack, Duke – Named the ACC Freshman of The Year, O’Neill has lived up to the hype that he came to Durham with as the No. 1 recruit in the nation and the most anticipated freshman in the history of the game. Helping to lead the Blue Devils to a Championship Weekend appearance, O’Neill was second on his team in scoring with 55 points (45G/10A) and led Duke in goals.

TJ Haley, Attack, Georgetown – Haley was thrust into a starting spot early in the season due to an injury to Dylan Watson, and he took the opportunity by the horns and asserted himself as one of the best feeders in college lacrosse. Haley ended the season with a whopping 49 assists and five goals for 54 points, which makes him the Hoyas’ second-leading scorer while helping lead Georgetown to an NCAA Quarterfinal appearance.

Owen Hiltz, Attack, Syracuse – After starting the season on the bench, Hiltz quickly grabbed the attention of the Orange coaching staff and by season’s end was one of their most reliable offensive weapons. Hiltz was Syracuse’s second-leading scorer with 29 goals and 19 assists for 48 points.

Dylan Pallonetti, Attack, Stony Brook – Not seeing any action at Maryland in 2020, Pallonetti transferred back to his native Long Island to play for the Stony Brook Seawolves and put together one heck of a redshirt freshman campaign. Pallonetti led the Seawolves 55 points off 36 goals and 19 assists and was named both the America East Rookie of The Year and Offensive Player of The Year. He’s the first player in the conference to claim both honors in the same season.

Sean Donnelly, Attack, Drexel – Following a redshirt season at Syracuse, Donnelly took his talents to Drexel where he put together one of the best seasons of any freshman in the CAA. Helping to lead Drexel to a CAA title and an NCAA Tournament appearance, Donnelly put up 46 points on 26 goals and 20 assists to lead the Dragons in points and assists.

Brayden Mayea, Attack, High Point – The Windsor, Ont., native came onto the scene strong with three and five goals in the Panthers’ first two contests and never looked back. Helping to lead High Point to a SoCon title and NCAA Tournament appearance, Mayea put up 42 points off 37 goals and five assists. He ended the season as the Panthers’ third-leading scorer.

Michael Boehm, Attack, Michigan – Boehm earned his first start in Michigan’s second game of the season against Johns Hopkins and kept that spot for the remainder of the season. Boehm ended the season as the Wolverines’ second-leading scorer with 36 points off 21 goals and 15 assists.

Matt Bohmer, Attack, Saint Joseph’s – Starting all 13 games for the Hawks, Bohmer asserted himself as one of the top freshmen in the NEC. Bohmer ended the season as Saint Joseph’s third-leading point-getter and leading goal scorer with 31 goals and six assists for 37 points.

Kyle Playsted, Attack, Bellarmine – After a two-point outing in the Knights’ season-opener, Playsted earned the starting nod against Utah and kept that spot for the remainder of the season. Playsted ended the season as the Knights’ second-leading scorer with 16 goals and 13 assists for 29 points.